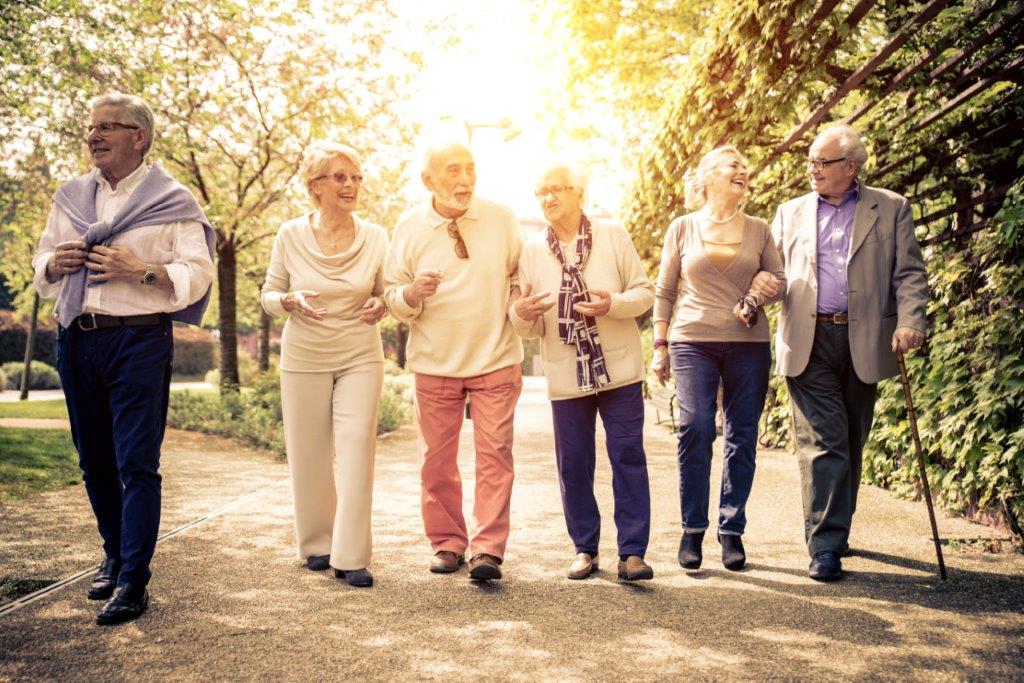 What role does aged care play in the lives of its residents?

Of course, it’s important to provide round-the-clock care and the latest in clinical technology — but it’s increasingly clear that the most important thing an aged care facility or retirement community can offer its residents is good company.

Last month, a major Yale University study found that people with a positive mental attitude towards ageing have a much lower risk of developing dementia than those with a negative attitude.

The study analysed a group of 4,765 adults aged 60 and over, and found that the people who held positive beliefs about ageing had a 44 per cent lower risk of developing dementia than those with negative beliefs.

The finding that a positive mindset could help stave off the negative effects of ageing is in line with numerous studies conducted in recent years that point towards social interaction as the key to healthy ageing, and social isolation as a major health risk.

A recent study of the Italian island of Sardinia, which boasts more than six times as many centenarians as the Italian mainland and ten times as many as North America, found that the most significant commonality between the centenarians might be their high level of social integration. The island — where men live as long as women — is known for its tightly spaced houses and interwoven alleys and streets, which essentially forces the villagers to interact with each other.

In the UK, University College London has conducted a number of studies into the ways that loneliness and isolation can shorten a person’s life. In 2013, they published a landmark study of 6,500 Britons aged 50 and up, and found that the most socially isolated subjects had a 26 per cent greater risk of dying — even when sex, age, and other factors were accounted for. More recently, in a study published last December, UCL found that people in eastern European countries — where heart disease rates are higher than anywhere else in the world — are more likely to suffer heart disease when they rarely see their friends and relatives.

Just last month, the town of Frome in Somerset reported a dramatic 17 per cent fall in emergency hospital admissions since it introduced a program to combat social isolation. Over that same period, hospital admissions across the whole of Somerset actually rose by 29 per cent. The result was remarkable, with consultant physician in palliative care Julian Abel noting that “no other interventions on record have reduced emergency admissions across a population”.

In fact, the UK has just appointed its first Minister for Loneliness, in recognition of the role isolation plays in dementia, high blood pressure and premature death.

None of this will come as a surprise to those who have been paying attention. In 2010, a paper published in PLOS Medicine reviewed 148 separate studies, involving 300,000 people between them, and found that those with strong social relationships were 50 per cent less likely to die during the average study period (of 7.5 years) than those with weak relationships.

At TriCare, we see the benefits of connectivity and social interaction for our residents firsthand. With communal dining areas, social outings and plenty of activities for those who wish to partake in them, we encourage our residents to get to know each other and forge real friendships. Of course, our staff are also always on hand to lend an ear.

Fostering a sense of community is crucial to TriCare — and should be a top priority for all aged care and retirement village providers.

In the words of developmental psychologist and author Susan Pinker, “building your village – and sustaining it – is a matter of life and death”.