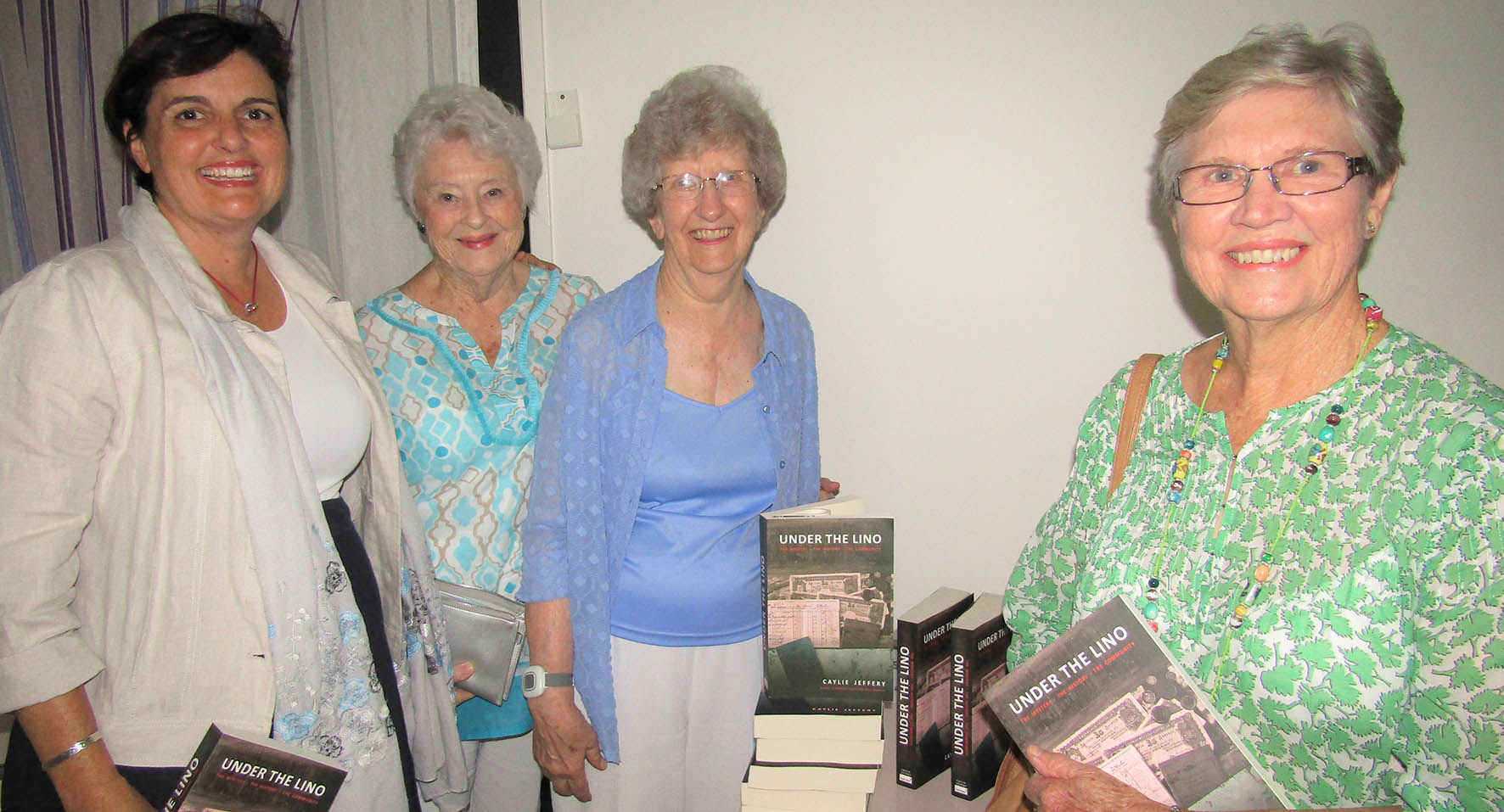 Residents, family and staff at TriCare James Ommaney Retirement Community recently enjoyed an evening with local author Caylie Jeffery to hear about her new book, Under the Lino: the Mystery, the History and the Community.

Under the Lino is a Brisbane-based community research project revolving around three 1940’s/50’s bankbooks and money found underneath lino flooring in Ms Jeffery’s 1912 Queenslander in Milton.

After sharing the discovery with the Old Brisbane Album facebook page, a huge search for the owners of the documents began which led to many other local mysteries and stories being told. The story attracted a great deal of media attention which resulted in Ms Jeffery being encouraged to write a book about the events.

In 2017 the Brisbane community successfully crowdfunded enough money for Ms Jeffery to publish the book which is described as a ‘mixed media, creative non-fiction account of what happened surrounding the documents’.

Enjoyed by all who attended, Village Manager Sue Daly said the audience loved Ms Jeffery’s enthusiasm in telling her story.

“The background information she provided about the story and the way we were all able to see and handle the bank books, money and Webster biscuit box they were found in was a highlight.

“The fact that the book was made possible through crowdfunding also shows how important it was to the Brisbane community that these stories be told,” said Ms Daly.

There was a great deal of discussion amongst the residents about interesting objects they have found in their own and relatives homes.

“Hopefully they will start to write down their own stories for future generations to use, taking on board that you don’t have to be famous to have had an interesting life.”