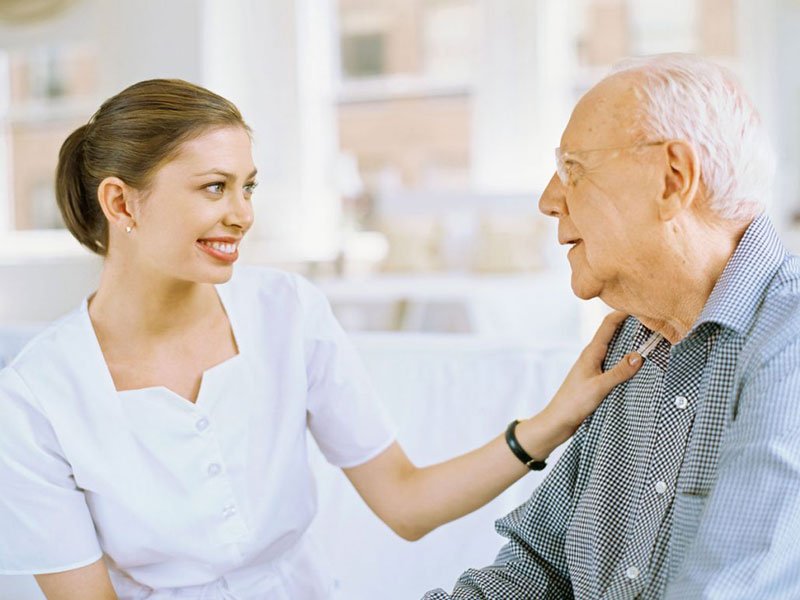 As an industry we need to be more comfortable about speaking out about the realities of both in home and residential aged care services and acknowledge that neither one is superior. What they are is different. Meeting different needs of different people at different times but with the same basic aim, to give good care and support a good life.

We came across this reflection by a family member of two older Australians navigating the choices in aged care. The story provides a useful insight into the realities for families who make the decision to remain at home as care needs increase. The writer considers whether the cost of staying at home at any cost is, in the end, just too high and whether residential aged care would have offered a longer and better quality of life.

Neither of my parents (in their early 80’s) have enjoyed particularly good health in later life and were always destined for some type of care. When they moved into a retirement village there was some thought that ‘downsizing’, ‘relaxing’ and ‘peace of mind’ would in some way provide insulation against the normal advances of ageing. This of course is a furphy, because while a retirement village can provide lots of wonderful things, it cannot ever possibly negate a lifetime of experience, particularly if that life has included hardships that have eroded not only spirit but body as well.

Their real decline started about 4-5 years ago when my father began to have falls the most serious of which involved a broken hip, concussion and lengthy hospitalisation. The family gathered and questions were raised at that time as to whether the time had come to consider ‘care’. Both my parents were vehemently opposed to the concept of either residential or in home care but eventually agreed to some general services such as domestic help and a bit of support with the shopping. This continued for another 18 months or so with the falls continuing to happen for both of them, some we children knew about and a lot we did not. Each fall made them slightly less steady on their feet and definitely less confident, however, they substituted walking for motor scooters and got new walking frames for short distances and continued plodding along defying the calls for increased care and support.

It is at this point as a child that you start looking at things and wondering what exactly is the right thing to do. Personally, one part of me stuck to the line that it was their life to live as they decided while the other half and my siblings felt that the better option would be for them to consider full time residential care because we wanted them around for a lot longer. I am not naïve enough to think that residential care would stop the falls or the muscle decline, but I was questioning whether having a more appropriate environment and someone on hand 24/7 wasn’t the better option for keeping my parents healthy and safe. I am sure the ambulance service would have appreciated a residential placement as it was them that was called several times a week to help pick them up and deal with them when they were refusing to go to hospital.

Also in the back of my mind, was my parents dwindling social life. They were now totally reliant on paid professionals to take them places and with Dad’s declining ability to get anywhere, those trips were not taken together. Dad more often than not was left at home sitting in a chair fretting about when Mum would return. Of course by this time his eye sight was also failing and he was unable to even use the cassette recorder to play himself a talking book. So he was literally sitting all day waiting. It is what he told us he wanted and we all, accordingly, respected his wishes.

Before you get all judgemental and ask where the children were in all this let me tell you that, like most families these days we were all living a fair distance away, in another state in fact, and many hours away with our own families and dramas. We visited when we could but when a visit involves a 7 hour round trip and an overnight stay, it’s just not that easy to pop in and drop off a casserole at the end of the day.

About 2 years ago I did manage to get them both on to two level 4 in home packages. Again, this was strongly resisted but we got there in the end. Now while the package seems generous the reality of what can be achieved with that package is not, particularly when you take out the provider administration fee. So with a bit of service in the morning and a bit more in the evening and an hour or so respite, some transport and some domestic services, on they went, still at home. Literally still at home, because while the support workers were able to keep Dad clean and fed when they were there, they weren’t available to assist when Dad had ‘an accident’ which then fell to Mum to deal with while balancing on her walking frame – are you getting the picture? Of course this meant that neither of them were venturing very far from home and Dad was becoming more anxious and confused when Mum did make it to cards or the shops, so generally she was cutting short her outings and complaining bitterly about it. Yes they were ‘ageing at home’ but was it offering any sort of quality of life?

With the increased falls came eventual increased hospitalisations. With each hospitalisation it became clear that despite the rhetoric that they were not actually coping. The crunch really came when Dad was not only in hospital from a fall but was experiencing a delirium due to dehydration, he had also become doubly incontinent mostly because he was unable to get to the toilet in time and then got so used to incontinence aids that he stopped even trying. As previously stated, despite the level 4 package, Dad wasn’t very good at timing either his falls or his toileting to coincide with rostered support staff visits so Mum was left to deal with a good deal of it and ‘it’ was generally happening in the middle of the night.

This leads us to the past 12 months where my father has spent extended periods of time in hospital as a result of more falls. I have travelled to them weekly over many months and my sister who lives twice as far away as me has also got their as often as possible and for both of us this has taken its toll both financially and physically. There came a point when the hospital and their in-home provider said that they could no longer provide care safely in the home for him and so against both their wishes, Dad has finally entered care. Guess what? While he hasn’t exactly settled in as the ideal resident, he looks better than he has for ages, is going on bus trips, has people to talk to and loves the attention from the staff. Most days he sits out on the veranda in the sun and in the company of the birds who also live there.

On the other hand our Mother has been laid up for weeks after ‘a fall’ and has a leg ulcer and cellulitis and is so worn down from having looked after Dad and the constant trips to and from the hospital, that I don’t know whether she is going to be able to continue to live independently, despite having started this story as the stronger of the two of them. I am fast forming the opinion that her health has suffered so much in the last few years that she will inevitably need permanent care. This is especially hard as, had Dad entered care even 2 years earlier, I doubt very much whether we would be here right now.

As I write this today, they are separated. Mum unwell at home and Dad sitting fretting in the residential aged care service, feeling guilty for enjoying the life he now grudgingly has. It is far from ideal but while the decision for Dad to enter care was largely taken out of his hands by the impacts of staying at home and refusing help, Mum still has a choice and despite her own issues, is still holding firm to the view that she wants to stay at home. So again, we sit back, respect her wishes and wait for the inevitable next fall with our heads spinning about what is her right and what would be a better life for them both as a couple and as somewhat healthy individuals if she were to join Dad in care. If we are being truthful Dad is much better off where he is now and Mum would have been much better off if he had been there sooner.

Please don’t think that this story is an attack on in home community care or the decision to remain at home as long as possible. It is more of a reflection on a dogged determination to pursue it at any cost and what for our family, that cost has actually turned out to look like. I love the thought that people be supported to make their own decisions irrespective of care needs, but the I believe the conversation around making those decisions needs to be expanded and for some of the longer term implications to be considered realistically before any decision is actually made.