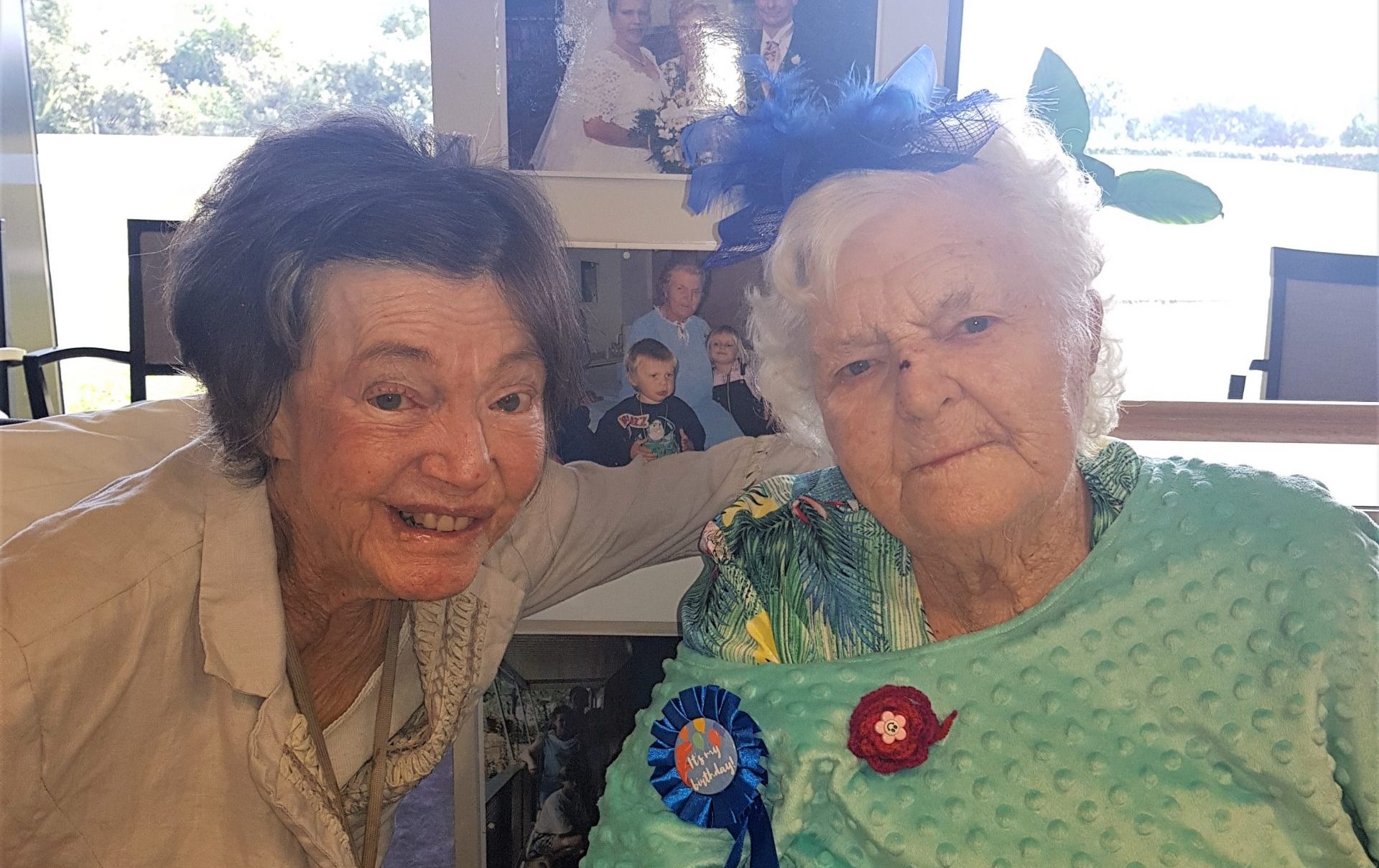 Mabel Crosby, one of our residents at Sunnybank Hills Aged Care Residence, celebrated her 111th birthday and became the eldest person in Australia, born on the 7th September 1909.

Due to the COVID-19 lockdown, Mabel couldn’t celebrate with her entire family, but nonetheless, Tricare made her day special.

TriCare Sunnybank Hills threw a high tea for her 111th birthday. The venue was decorated in Mabel’s favourite colour, blue, and fellow residents and staff all wore blue attire. Chef and his team provided a fantastic high tea, and Jim Reeves played in the background.

When Mabel was told that the eldest lady in the world is 117, she wittily replied “I’ll have to throttle her” and laughed about it.

Mabel has a wicked sense of humour and brings joy into the lives of anyone she meets. She represents wisdom, strength, determinations, resilience, longevity and hope.

She was born in Sittingbourne Kent England, UK, to parents John and Janet. Mabel had three siblings: Janet, Hilda and Stuart.  In 1913 when Mabel was 3 years old, her family moved to Australia and bought a farm near Newcastle, New South Wales.  After school, Mabel, worked as an apprentice dressmaker, before getting married.

In 1931, she married Ernulf.  They bought a farm near Narara, north of Sydney.   With a lot of hard work, the farm became a reality with over 3000 chooks, a cow, a horse, a dog and 8 cats.  They also tended fruit trees and a vegetable garden. Ernuf and Mabel had 4 children; Dorothy, Ruth, Stuart and Robyne.

Mabel has also experienced devastation throughout her life.  Her husband of 38 years died in 1970 and losing her son in 2010.  Mabel has survived two world wars, the sinking of the Titanic, the Great Depression and two pandemics – the Spanish flu and COVID 19.

Mabel has described the secret to living a long life as “staying active”. A keen gardener, she was still mowing her own lawn at the age of 100, and she also enjoyed bowling. At the age of 107, she took a trip to Fiji.

In 2016, after having a slight stroke, doctors advised putting Mabel into aged care, at the age of 107.

That same year she made it into the Guinness World Records book, by attending the largest gathering of centenarians with the State Premier.

Mabel is often having jokes with staff and other residents.  Mabel has been known to tell people that her favourite place in Brisbane is the Pub and that she enjoys a whiskey or two.  Her daughters have told us that she never drunk whiskey and hasn’t set foot in a pub.

Mabel’s past time included reading, knitting, crocheting, gardening and listening to music.  “Moonlight and Roses” being her favourite song.

Mabel is now classed as a supercentenarian.

Well done Mabel, your Tricare family is very proud of you!