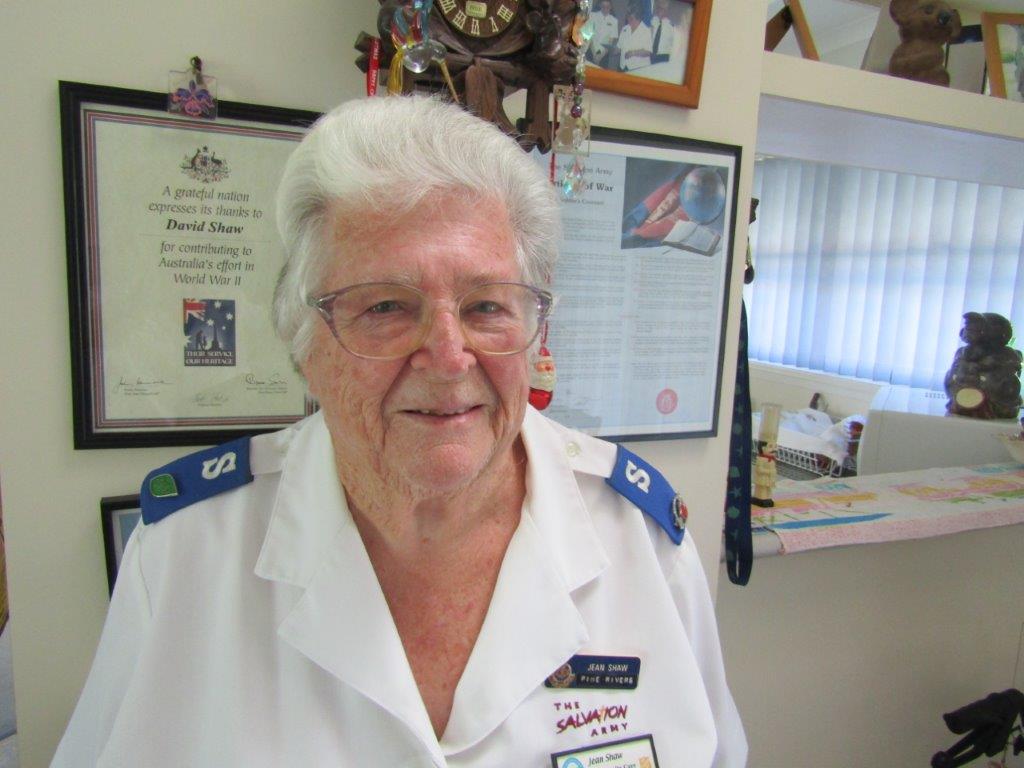 Mrs Shaw said she joined the Salvation Army in 1998 after her husband passed away because she found great comfort in the people there and the sense of community.

“I really needed someone to talk to after I lost my husband and found the Salvation Army to be very supportive.”

Originally from country NSW, Mrs Shaw first began collecting for the Red Shield Appeal in 1999 and continued to volunteer for the cause after she moved to Brisbane in 2004 to be closer to her daughter.

When Mrs Shaw moved to TriCare Compton Gardens no one was collecting for the Red Shield Appeal, so she sought permission from management to have her own static collection point on the last Friday in May.

“I set myself up in the Village’s booking lounge and the residents pop in during the day to make their donation.”

“In the last seven years we have raised over $6,500 which is a fantastic effort.

“TriCare Compton Gardens is a very caring and generous community.”

Mrs Shaw said the money raised through the Red Shield Appeal goes towards supporting the many social and community services run by the Salvation Army such as homeless shelters, assisting families in crisis and guiding people with addictions through to a clean, healthy lifestyle.