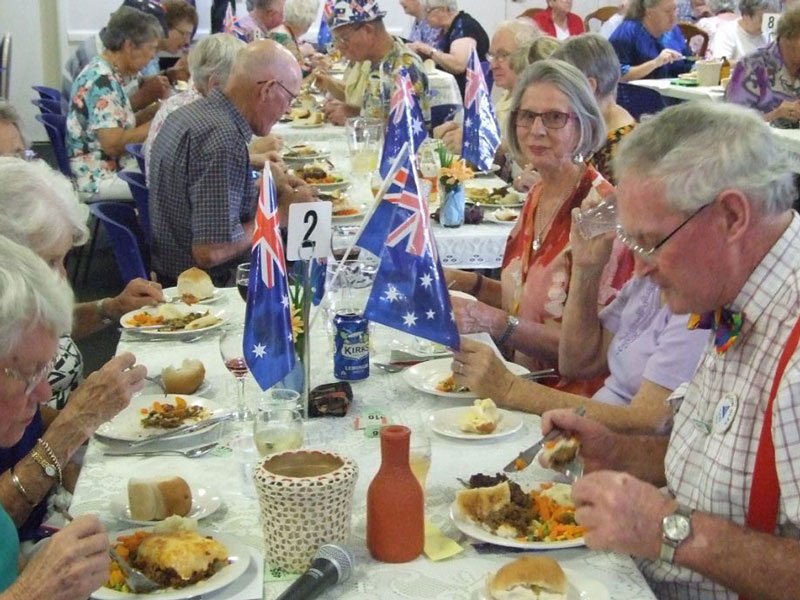 How many stars on the Australian flag or what was Sir Donald Bradman’s batting average may be some of the questions asked when TriCare Willow Glen Retirement Community residents got together on January 26.

Trivia games, Australian songs and lamingtons were just some of things residents enjoyed at the Village’s Australia day celebrations.

This year they added a new element to the festivities by raising the Australian flag up the Community’s new flag pole and singing the national anthem to recognise the day.

Resident Elizabeth Grace said it was a fun day on the Village’s social calendar and was always well supported by the residents.

“We dined on meat pies and enjoyed a cold beer or two!

Resident’s like to get dressed up in the nation’s colours – there was lots of green and gold in the Community throughout the day,” said Mrs Grace.

“The social committee do a great job organising the event, and it’s always a fun day had by all,” said Mr Naidu.