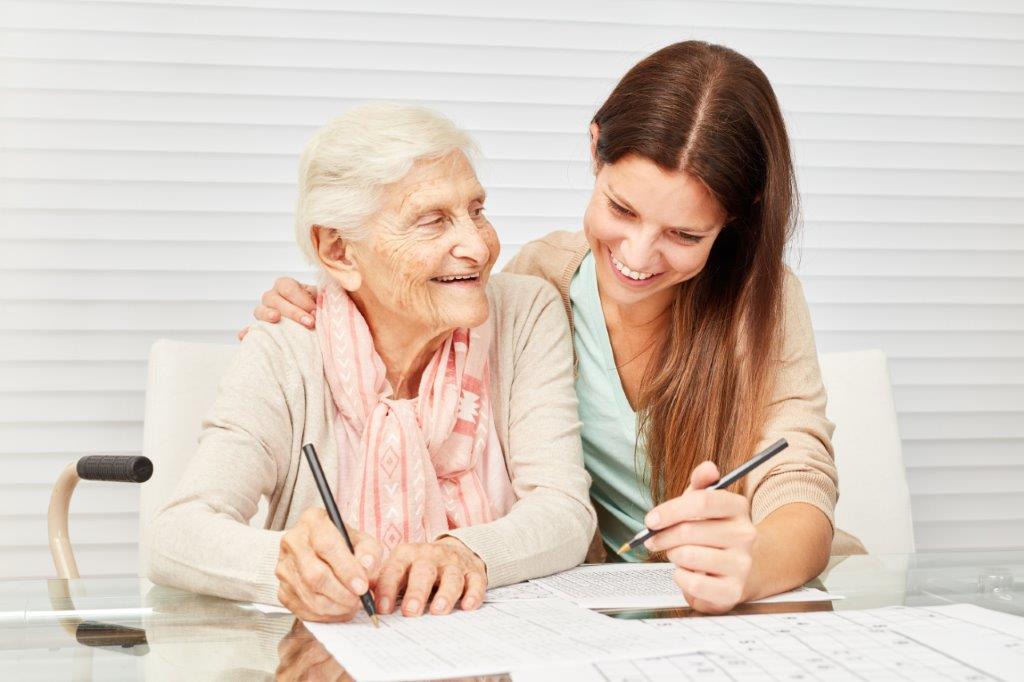 You might know what song you want played at your funeral, but you probably haven’t given much thought to how you want to live out your final years.

A new survey by US aged care provider Home Instead, Inc has found that more than 75 per cent of seniors feel more comfortable planning for their own funeral than for their long-term care.

While the 1,015 people surveyed were all from the United States and Canada, the results are consistent with recent reports on the home front that people just aren’t prepared to face the realities of aging.

Only three per cent of Australians have made plans to provide for the costs of aged care as they grow older, according to a recent report from lobby group National Seniors.

That report came on the heels of research by aged care support firm Aged Care Steps, which found that most people don’t seek advice about aged care until a medical event or crisis forces their hand.

None of this is news to TriCare’s Aged Care Manager, Daniel Aitchison, who says most of the people he meets with haven’t planned ahead for the possibility of moving into an aged care residence.

“I think we are all a little guilty of thinking we have plenty of time,” Mr Aitchison says. “Even the financial planners we work with say most of their clients don’t want to think about it, either.”

For most people, Mr Aitchison says, it’s simply a case of wishful thinking.

“I think a big percentage of people just don’t want to believe that they will ever have to go into aged care,” he says.

Our Client Services Team at TriCare is here to help people find the right facility, taking into account their finances and the type of lifestyle and environment they’re used to. While there’s guaranteed to be a high level of care at every TriCare Aged Care Residence, we help prospective residents and their families find the facility that will feel most like home, and won’t become a financial hardship for them.

Planning is paramount when it comes to aged care, but it seems most people are making decisions about their care at the worst possible time, after a medical crisis leaves them with a lack of options.

“It’s unfortunate, because often financial planners who specialise in aged care can help with future planning,” Mr Aitchison says. “They understand how assets are assessed by the government and this can mean people have a choice about where they want to go. But by the time a medical occurrence happens, it’s too late.

It results in a lot of rushed decisions, and sometimes people are so emotional that they don’t make clear decisions.”

While moving into an aged care facility might not be the ideal future that most young people imagine for themselves, Mr Aitchison says it’s often better than the alternative.

“Probably the biggest advantage that I see with moving into an aged care facility, as opposed to staying at home, is being involved in the community,” he says.

“As they get older, people like their home, because that’s what they’re familiar with and their resilience to change diminishes as they get older. The thing that people don’t often take into consideration, though, is loneliness.

Even if you have family who visit regularly, you just don’t have someone to talk to every day. And you don’t realise what that’s like until you live on your own. Even with HomeCare dropping in two or three times a week, and family dropping by once a week… that still leaves a lot of time when you’re on your own.

One of the biggest advantages of aged care is you’re going somewhere where there are people to talk to all day long. I see a huge difference in people from when they come in, and their family’s saying, ‘Look, she’ll just stay in her room, she won’t get involved in anything,’ and then after a few weeks, they’re involved in all the activities and they become very social! So that’s a big benefit of aged care that people just don’t think about.”

So if people won’t plan ahead for aged care themselves, who should initiate the conversation? Mr Aitchison says financial advisers are often best placed to make the first move.

“I think a financial adviser should definitely bring it up and make sure that the finances are situated in a way that will help their client later,” he says.

“Even financial advisers who don’t want to specialise in aged care should at least have some idea of how it works, so they can prepare their clients for the future. One of the most common things I come across is that people don’t have an enduring power of attorney set up, and they think that just having a will is enough. It isn’t, unfortunately.

If someone doesn’t have enduring power of attorney, and they become incapable of making decisions, then it has to go to QCAT (the Queensland Civil and Administrative Tribunal), even if they’re married. When someone loses their capacity to make decisions, just being a partner doesn’t necessarily give someone the ability or the right to be able to sign on their behalf for all legal documents.

“So the financial planners that we work with, whatever clients they’re dealing with, they make a point of saying to the family, ‘Have you got enduring power of attorney set up now? Don’t wait until it’s too late; do it now!’ It doesn’t have to come into effect until someone is incapable of making a decision, but it’s sitting there, and then if something happens, it’ll make the process a lot easier for everyone.”

We may not want to think about aged care — but, Mr Aitchison says, it’s never too early to do so.

“I don’t know if age really has much to do with it — anyone, once they get close to retirement, should really start looking at their future, and how to fund their retirement, and what will happen if they have to go into aged care.”